Hubert Burton talks "The Inheritance", being in the West End, playing the unexpected character, and making theatre more relatable 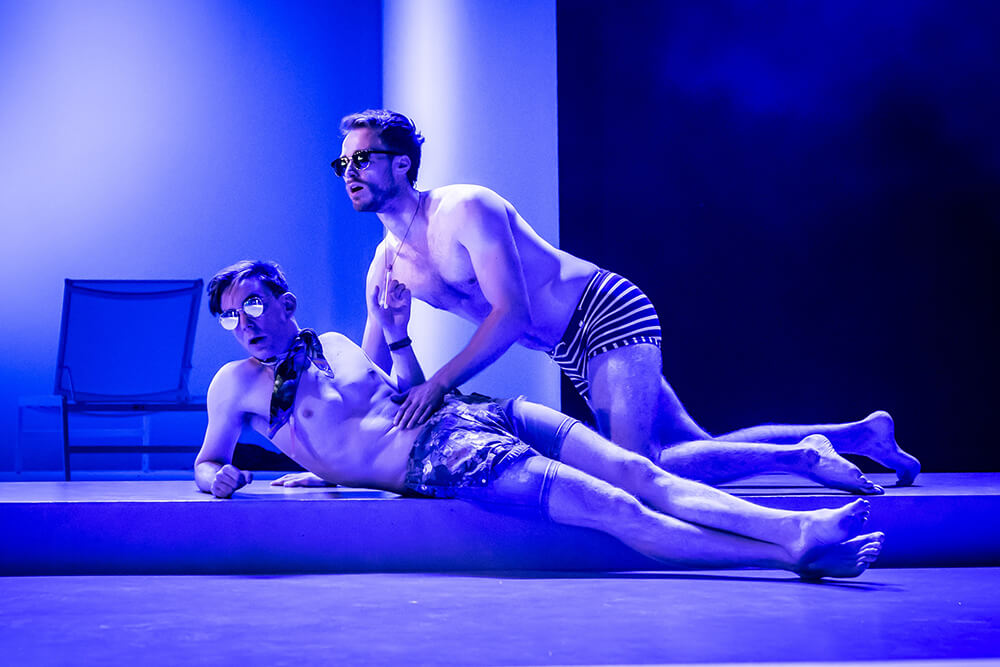 It's about breaking down barriers, finding love and hope amidst the chaos of modern day life and accepting and embracing people despite their flaws. Hubert Burton with Hugo Bolton in "The Inheritance", Noel Coward Theatre. Photo: Marc Brenner

When The Inheritance had only just started its run at the Young Vic Theatre back in March, and when I first interviewed Hubert Burton about it a month later (the interview can be found here), the play's significance was only starting to become apparent. A few weeks later, due to overwhelming demand for tickets and loud critical acclaim, a West End transfer was announced, and the play opened once more, this time at the Noel Coward Theatre in September.

And If achieving all of that isn't remarkable enough, we must remember The Inheritance is made out of two parts, each of them 3.5 hours long. In today's world of fast consumption and very restricted character limits in the most popular information outlets, getting people to sit down on a chair for 7 hours seems an impossible feat. And yet, The Inheritance manages to do just that, and with laughter, tears and a standing ovation.

Seemingly simple, The Inheritance tells of a group of young gay men who want to write their story. With the help of their mentor, Morgan [played by Paul Hilton], who's in fact the closeted novelist E. M. Forster, their story becomes a journey to the past, to the history of the gay community, the HIV crisis, the global hardships and pain, and the personal love, jealousy, care and joy.

Following a year at the National Theatre, performing in both Waste (2015) and Deep Blue Sea (2016), as well as starring in the feature film Their Finest (2016), Hubert Burton went on to play one of the young men in The Inheritance at the Young Vic Theatre, and now in its transfer at the Noel Coward Theatre. As the ensemble takes on different roles throughout the play, Hubert also portrays the young version of Henry [played by John Benjamin Hickey], as well as eccentric artist, Tucker.

This is your first time in the West End, how’s it been? And has the reception for The Inheritance changed since the Young Vic?

“I think the size of the theatre is probably the most important thing when talking about this. At the Young Vic the audience were kind of right with us. It was a much smaller auditorium, 450 or so. Here we’ve got 800+ people and that does affect how they interact with us, probably because it’s not as intimate. But it’s not something I see as a problem; it’s something we sort of had to adapt to. So the show feels very different as a result, we have to get it across to many more people. I’d say at the Young Vic it was slightly more raucous. Here they still seem to be loving it but perhaps in a slightly more reserved way, which is interesting and exciting to be able to play with.

“For me it’s amazing to be in the West End. And to be doing this show… I feel so lucky to have been part of this journey from the beginning. I always think back to when I first read the script, I remember absolutely adoring what Matthew [Lopez, playwright] had written, but sometimes wondering how we’d ever be able to put this piece on! How they’d stage it. So I feel very blessed to be part of such an amazingly ambitious piece of theatre. So for me it’s not just about being in the West End, it’s also about being part of this incredible piece of work.” 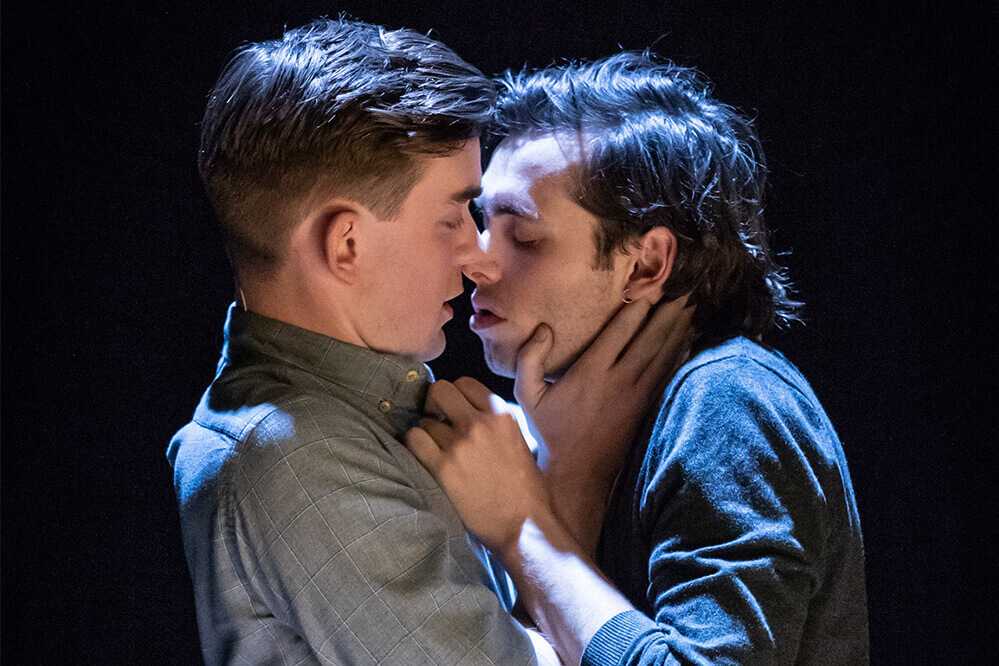 There’s quite a few plays about the gay community. What makes The Inheritance so special?

“It’s a play about gay men but once you get past that, it’s incredibly universal. Broadly speaking, it’s about breaking down barriers, finding love and hope amidst the chaos of modern day life and accepting and embracing people despite their flaws.

“For me, I’ve had so many people come and watch this play who I’ve been worried about seeing it because they aren’t gay. But actually, if anything, they’ve come away from it feeling like it’s been a lesson in not only what it means to be a gay man now or in the 1980s when everything went so disastrously wrong but, more simply, what it means to be a human being.

“It’s so amazing to hear people come away from it and say that they’ve learnt something. People who I’ve never expected messaged me and said it’s one of the best pieces of theatre they’ve ever seen. It bridges gaps, it seems, it challenges people in a way that I don’t think theatre has done before.” 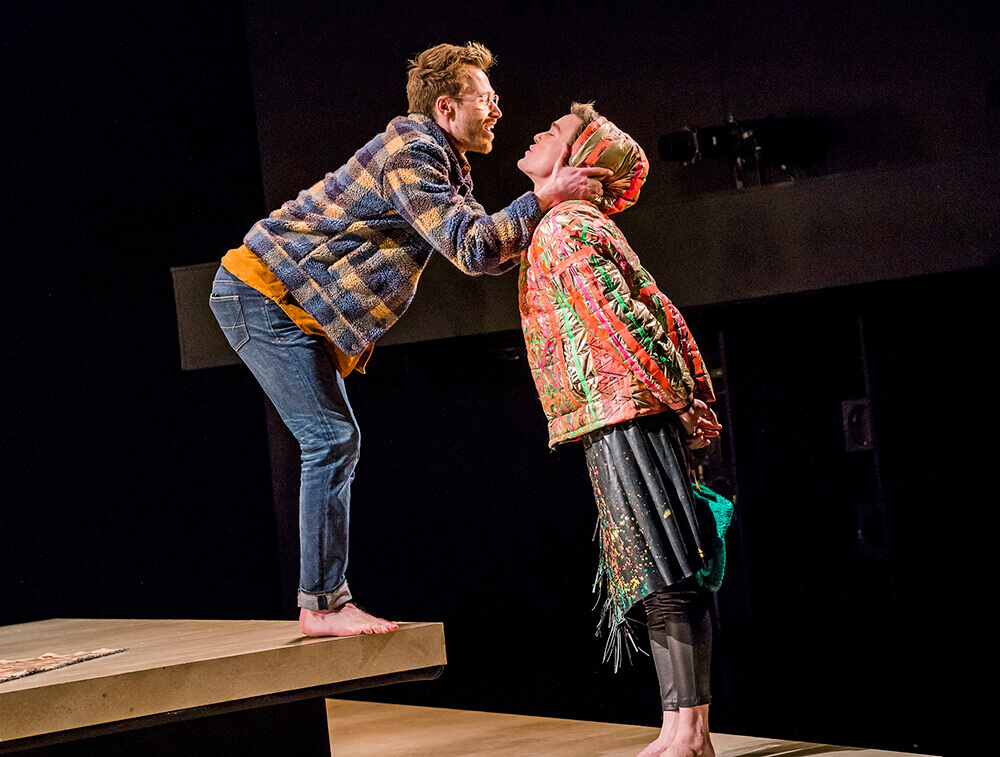 "If you strip all the costume away from him you’d be left with, probably, quite a scared young man." Hubert Burton as Tucker in "The Inheritance", Young Vic Theatre. Photo: Tristram Kenton

I’ve seen you play very conservative characters in the past in Deep Blue Sea and Waste at National Theatre. Tucker is clearly a world away from them. Where did you find the inspiration for Tucker? Do you know any Tucker-like individuals?

“I wasn’t cast as Tucker initially. I was cast as one of the young men, who was to become Young Henry, and the idea was that during rehearsals we’d cast the smaller roles as we went. It got to week 3 and I think Tucker has yet to be cast, so we were all wondering who the hell would be playing him, and I thought ‘it can’t be me. I’m so not Tucker material!’ and then Stephen [Daldry, director] said ‘why don’t you give Tucker a go?’ and I gave him a go, and we just started building him from there.

“Stephen pushed Tucker the absolute limit. He’s a big character. He started big I guess, and he got bigger. The costume was a collaboration between Bob Crowley [set designer] and myself, which is nice… Although, why I suggested wearing a gold puffer jacket I’ll never know! I think it was Bob’s idea to put the multi-coloured tape all over it. The leather kilt certainly wasn’t my idea either. So Tucker was born out of a collaboration.

“I haven’t really based him on anyone. I suppose I met artists in the past who seem to be very bold and create a sort of shell of confidence, but actually, beneath it all, there’s a very insecure person. That’s what’s so funny about Tucker, if you strip all the costume away from him you’d be left with, probably, quite a scared young man. He has to put on all these layers to create the full Tucker package. I suppose on initial meeting, he might come across as a bit of a wanker but I like to think he’s more layered than that too…. Oh and he really fancies Henry Wilcox as well…” 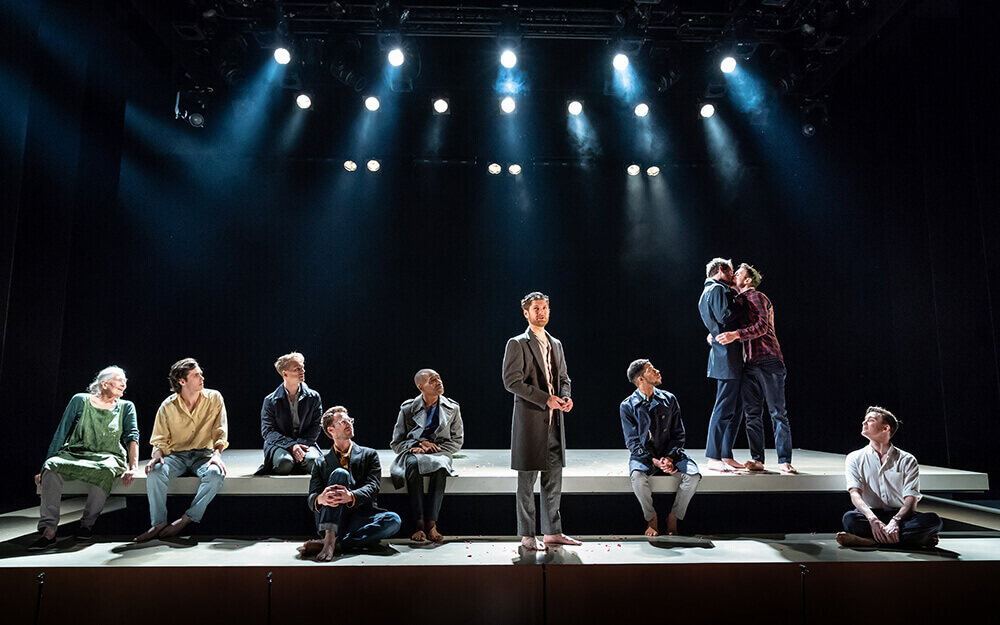 "You don’t need any stuff. You can just stand up on a stage and tell a story. And actually if you achieve that successfully that’s the most powerful way to do theatre." Hubert Burton in "The Inheritance", Noel Coward Theatre. Photo: Marc Brenner

How would you "sell" theatre to young people, or anyone for that matter who doesn’t go to theatre?

“That’s a difficult one…Theatre can sometimes feel incredibly unrelatable to young people. I think for too long theatre has not been bold enough, or tried to create new work that kind of speaks to people who don’t necessarily feel it represents them. So it’s got to be about the writing and the work. We’ve got to be more ambitious in the things that we’re writing. And putting writing aside, I think you’ve got to get more kids into acting generally.

“I don’t think, currently, at schools, there’s enough emphasis on drama. And drama can be an incredible releasing and fulfilling activity for young kids to engage with. Sadly, it isn’t given enough time or taken seriously enough. You must find a way to communicate the power of theatre. That’s when you’ll get kids’ attention. Perhaps we have to make it personal, as opposed to just putting them in front of a Rattigan play… As amazing as Rattigan is! But it has to hit them right in the heart I think. And that’s hard. I don’t really know how we do that.

“You’ve also got all this technology now, social media that young people engage with. Rightfully so, it’s amazing, the kind of things you can find on social media. But theatre has to find a way to compete with that, in a positive way.

“Like with The Inheritance… There’s a real honesty to it. There’s no set, and I think it’s something to think about with theatre generally – you don’t need any stuff. You can just stand up on a stage and tell a story. And actually if you achieve that successfully that’s the most powerful way to do theatre. I mean, all we have in the show is like… One chair, in part 1. And some balloons, and pizza boxes. And yet we’re able to tell this incredibly intricate story. I think that’s really exciting. People really engage with it. And I think kids appreciate that honesty and directness as well.”

The Inheritance is on until 19 January 2019 at Noel Coward Theatre.