You may enjoy it more than your kids! Go and see Coco 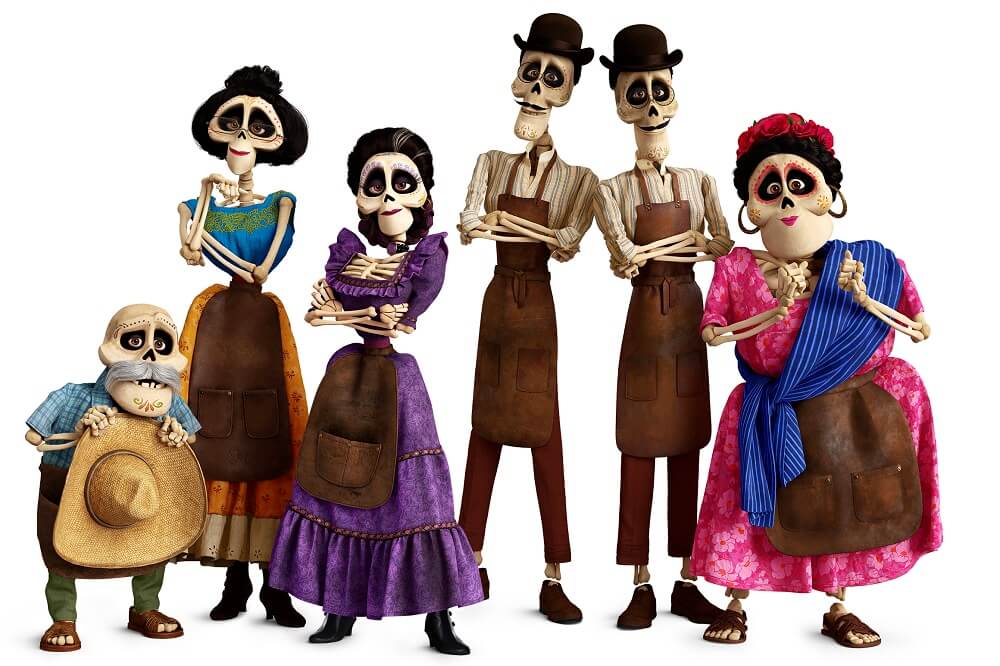 Here’s one for the kids – including adult sized ones. ‘Coco’ is the latest animated creation from Disney Pixar studios. Set in the colourful streets of a town called Santa Cecilia in Mexico, during the ‘Day of the Dead’ festival, it tells the story of Miguel (voiced by Anthony Gonzalez). Miguel is a young boy, born into a family of cobblers who has a passion for music and dreams of becoming a famous singer, like his idol Ernesto de la Cruz (voiced by Benjamin Bratt, of ‘Law & Order’), who is the biggest music star in Mexico’s history.

Miguel’s family have banned music from their household and forbid him to sing or play any instruments. Miguel soon learns that it’s because many years ago his great-great grandfather left his wife and family to pursue his musical career and never returned, leaving them heartbroken. He also uncovers a secret that can lead him to his idol and sets off on a quest to find him. Miguel’s adventure leads him to the parallel world of the ‘Land of the Dead’ on the special holiday, where he meets generations of his ancestors as well as a skeleton called Hector with whom he goes on a journey to find Ernesto de la Cruz.

Coco is the name of Miguel’s great grandmother who is a quiet yet major factor in this beautifully rendered and touching film. As well as it being a charmingly animated film bursting with colour and incredible detail, it is filled with clever life lessons for children. It teaches them about tradition and culture, how to embrace family values and keep the memories alive of family members who are no longer with us by sharing stories and staying connected. It also reminds us of the power that music has over memories which has been proven to help people suffering from dementia. Coco will make you laugh and cry – you may even enjoy it more than your kids do. So when they beg you to go see it – don’t refuse!