keeps you on the edge of your seat: Darkest Hour film review

Based on a true story and beautifully shot, the Darkest Hour is a fascinating history lesson you wouldn't want to miss 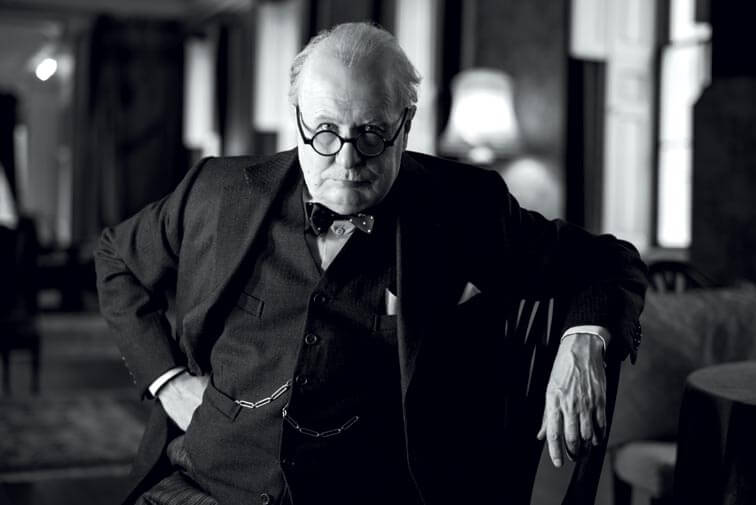 ‘Darkest Hour’ is the incredible account inspired by the true story of Winston Churchill’s first weeks in office, in the early years of the Second World War. Although Churchill (Gary Oldman, ‘Tinker Tailor Soldier Spy’ and the ‘Harry Potter’ franchise) was considered a brilliant statesman, he was an unlikely choice for Prime Minister due to his mature age. But with the entire British army stranded at Dunkirk, the position needed to be filled urgently and he was elected as Prime Minister on 10th May, 1940.

The film chronicles the many challenges Churchill faced during that time. From his own party that plotted against him, to the scepticism from King George VI (Ben Mendelsohn, best known from ‘The Dark Knight Rises’ and Netflix’s ‘Bloodline’). He was faced with the ultimate decision: to negotiate a peace treaty with the Nazis and save Britain, but with devastating consequences, or fight on against all the odds and stand firm with the British people. Supported by his long suffering wife Clemmie (Kristin Scott Thomas, ‘The English Patient’ and ‘Four Weddings and a Funeral’) and his secretary Elizabeth Layton (Lily James, ‘Cinderella’), Churchill met his own darkest hour as he attempted to fight for his country and change history.

‘Darkest Hour’, directed by Joe Wright (‘Atonement’ and ‘Pride and Prejudice’), is a powerful and moving history lesson that keeps you on the edge of your seat throughout. Gary Oldman embodies Winston Churchill in every which way – Spiritually and physically – and his mannerisms are uncanny! The film is beautifully shot in Joe Wright’s signature style, encompassing the look and mood of the era – each scene is reminiscent of a photograph from a history book. His supporting cast are wonderful too and together with the stunning costumes and cinematography – they all ensure you are fully immersed in the story from start to finish. 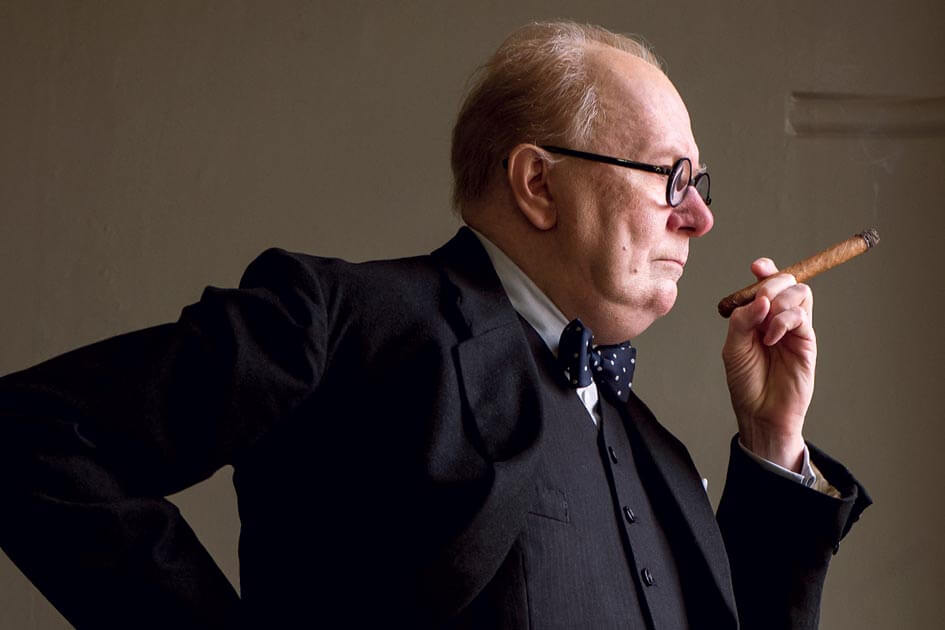 His mannerisms are uncanny! Gary Oldman as Churchill in ‘Darkest Hour’